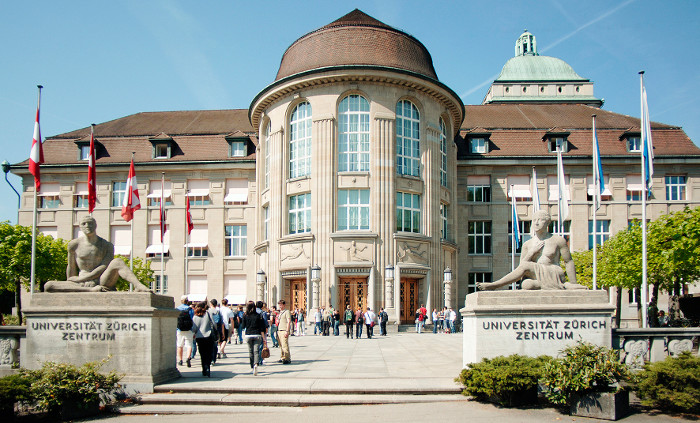 The alumni organization of the Executive Master in Art Market Studies was founded in 2014. This young and dynamic organization connects graduates, students, and friends of UZH Art Market Studies in all parts of Switzerland and abroad. It is an inspiration for like-minded people striving to create and open new opportunities. Its program extends art market relevant topics. The organization committee arranges international art journeys, visits to private and corporate collections, and expert talks.

The Alumni of the Executive Master in Art Market Studies is part of UZH Alumni. The members benefit from the network, special offers, and interesting events of UZH Alumni. For further information, please visit www.alumni.uzh.ch

If you wish to become a member of the Alumni of the Executive Master in Art Market Studies, please contact its president Adriano A. Sala. 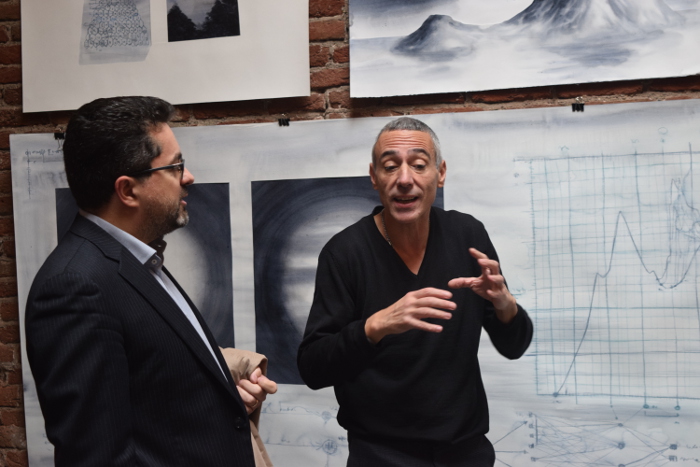 The main reason why we, as the Alumni Association, are organizing art trips is to continue some of the most exciting experiences we had during our course of study. The EMAMS study trips were amazing opportunities to learn a lot, share interests, get to know one another better and have fun together. After completing the master’s program, the study trips were something we felt nostalgia about!

In 2016 we organized two art trips to Cologne and Turin on the occasion of their respective art fairs. The following are highlights:

Thanks to alumna Isabel Hanstein (class of 2015), who is responsible for Contemporary Art at Lempertz in Cologne, we had the chance to have a special visit to the auction house, which is the oldest family-owned auction house in Europe. Isabel was very hospitable and showed us the "behind-the-scenes" of an auction house, allowing us access to spaces in the building that are usually off-limits to everyday visitors. With the closing of the catalogue for the upcoming April auction, we had the chance to look at many artworks and to witness a lot of activity. On Saturday, we visited Art Cologne. It is regarded as the world's oldest art fair, but more recently has faced strong competition, partially losing its allure. According to the alumni who visited, the 2016 edition was very good, with an improved quality of the works and galleries compared to the last few years. The fair might once again be on the right path to regain its preeminence.

The visit to The Others, the first Italian art fair focused on international emerging art, marked the beginning of our second memorable trip to Turin. Celebrating its sixth edition, the fair was hosted in a new location, a former hospital built in the XIX century. Such an unconventional space worked very well, revitalized by artworks, whose average quality was surprisingly good and overall higher than expected.

The following day, we had the chance to visit the studio of a great Italian artist: Pierluigi Pusole. Born in Turin in 1963, he started exhibiting his works in 1984, soon becoming, after his participation at the Venice Biennale in 1990, one of the most important and talented Italian artists of the 1990s. Warmly welcoming us to his studio located in an amazing former warehouse, the artist presented his latest series of works on paper, which combine imaginative landscapes and natural images with pseudo-scientific graphs and diagrams, questioning modern faith in science and its attempt to explain nature.

In the afternoon, we visited Artissima, the coolest contemporary art fair in Italy. Established in 1994, it showcased 194 galleries from 35 countries, providing a broad overview of the actual international art scene. For us, not only the admission to the fair was free of charge, but we had a special guided tour. We were lucky that our young guide was very good. His choices were both very interesting and fresh. Among the artists presented, we suggest keeping an eye on South-African artist Igshaan Adams and Iranian artist Nazgol Ansarinia, who are both developing very promising discourses.

Saturday night during Artissima is a special night in Turin, with late openings at museums and galleries. After the fair we still had enough energy to visit two of the hippest galleries in Turin. Giorgio Persano Gallery, hosted in a huge industrial warehouse, was presenting recent, monumental and colorful works by Transavanguardia artist Nicola De Maria. Franco Noero Gallery was staging Danish artist Henrik Olesen’s first solo show in Italy, a challenging reflection on identity and homophobia.

For our dinner, we selected an elegant restaurant downtown, where the gluttons among us had white truffles. Yes! November is truffle season and you do not need a loan to have such a delight here! After dinner, around midnight, we still had a chance to visit Mazzoleni Gallery, celebrating its 30th Anniversary with an outstanding exhibition of major Italian artists of the XX century.

In addition to the official program, during the weekend most of us were also able to visit the Sandretto Re Rebaudengo Foundation, hosting two very cutting-edge exhibitions on Ed Atkins and Josh Kline —not for everybody’s taste, but also not easy to be forgotten.